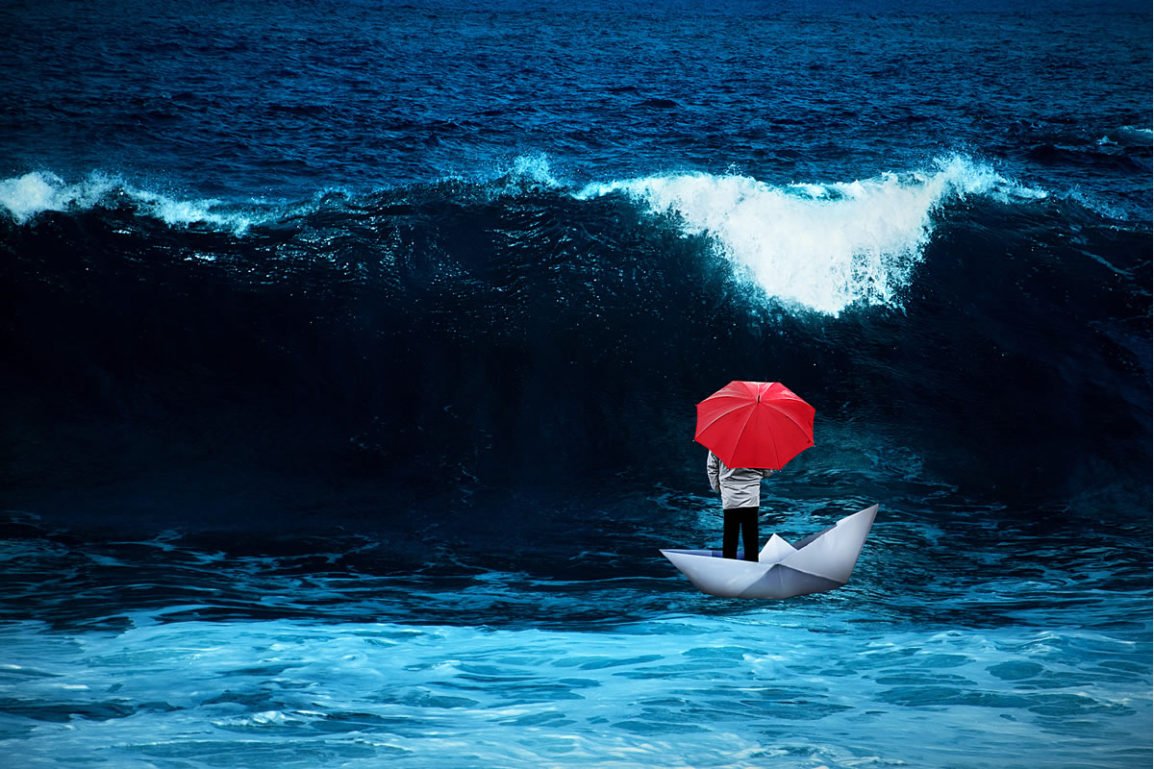 Some waves are just too big, no matter how big your ship is.

During my time serving in the Coast Guard, we made several trips to the North Atlantic. We traveled to the same area that the Titantic sank. (Talk about nerve wracking!) We encountered many ice bergs and ice fields.

One night, we were traveling through an ice field and the large pieces of ice were making terrible sounds inside the ship as they slammed into and scrapped down the sides of the ships’s hull. The ship was moving very slowly. Then, all of a sudden, we hit a piece of ice that stopped the ship. The ship trembled and groaned as the captain backed us off the large berg.

As frightening as that was, nothing compared to the incredibly powerful enormous waves we faced in the North Atlantic. Several times, our ship was nearly destroyed by the 40-50 foot waves that surrounded us. One wrong move, and our whole crew would be dead. Those were some of the scarest moments of my life.

Can You Recover From A Big “Wave”?

The same is true of “waves” in the stock market. While your money can survive some of the “small waves” (those that happen when the market only has a minor dip), it is unlikely that your money would recover if another big crash happens. Even if you have a fairly large nest egg, it can be severely reduced from market conditions.

According to a recent study by the TransAmerican Center for Retirement Studies, less than half of retirees have bounced back from the recession. 12% said their retirement accounts would never recover.

How To Have Financial Peace of Mind Without “Rocking The Boat”

I don’t have a crystal ball. Neither do you. But what I do know is that keeping a portion of your money in a safe, secure, guaranteed vehicle is critical to your long-term retirement success. There are some options available that even allow you to gain when the market is good, but not lose anything when the market is down. Now that’s the kind of wave you ride…and can enjoy.